Maintaining a healthy weight is important to avoid a wide range of health problems associated with excess weight. In children, the persistence of obesity in adulthood is the most important concern. The risk increases with age and according to the severity of obesity.

31% of children aged 4-5 years in Conwy are overweight and 29.6% in Denbighshire. Whilst these levels fluctuate yearly per authority across North Wales there has been an overall yearly increase in prevalence across North Wales since 2012/13.

54% of adults in Conwy and 57% in Denbighshire report being overweight or obese.[i]

Further information on obesity can be viewed at the following http://www.wales.nhs.uk/sitesplus/888/page/52135 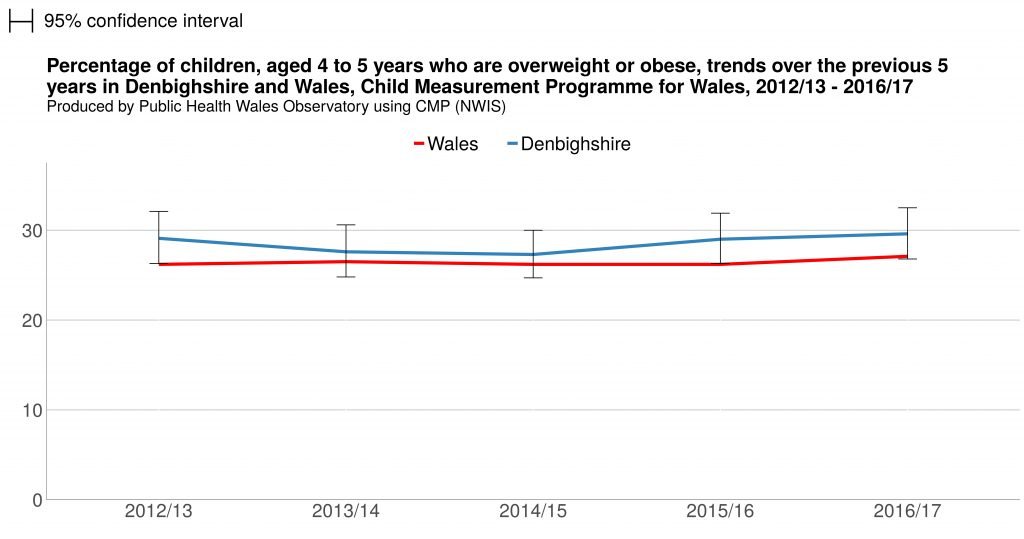 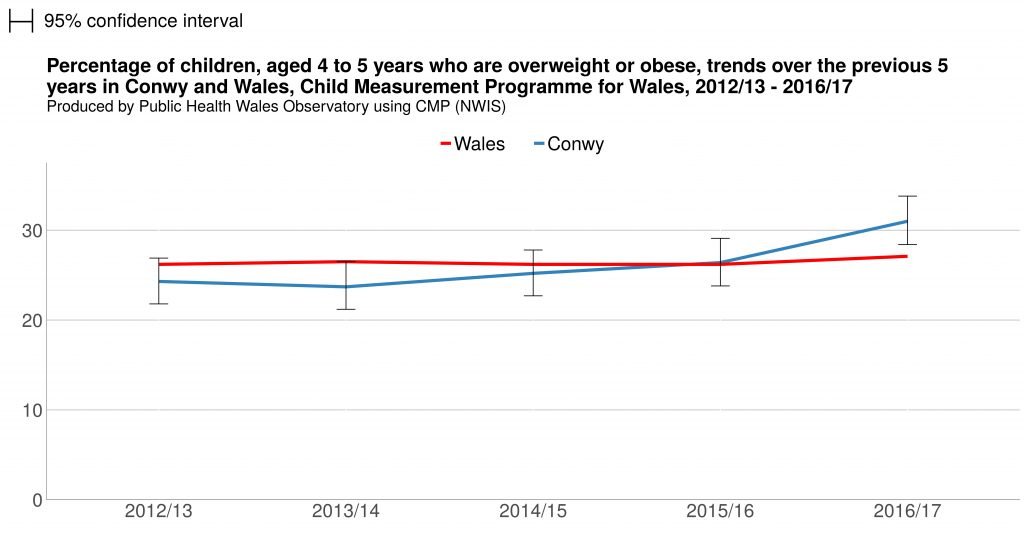 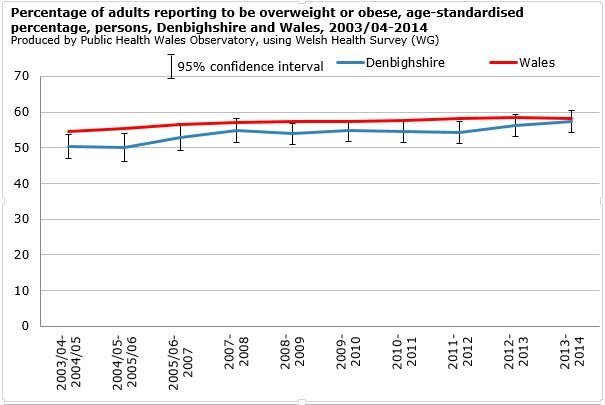 The adult overweight and obesity rate in Denbighshire between 2003/4 -2014 has experienced a fluctuation with an increasing trend over the period. The trend is lower than the Wales average. 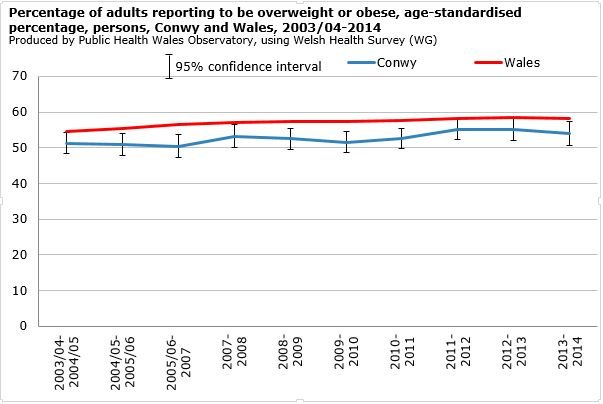 The adult overweight and obesity rate in Conwy between 2003-4 / 2014 has experienced a fluctuation with an increasing trend over the period. The trend is lower than the Wales average.

Obesity reduces life expectancy by an average of 3 to 10 years, depending on how severe it is. It is estimated that obesity and being overweight contribute to at least 1 in every 13 deaths in Europe[ii].

Obesity tends to be a socially unequal health issue, affecting lower socio-economic groups disproportionately. If it is not challenged it will increase health inequalities.

As well as causing physical changes to the body which affect general fitness and mobility, being obese or overweight increases the likelihood of suffering from life threatening illnesses such as type 2 diabetes, coronary heart disease, some cancers (for example breast and bowel cancer), asthma, high blood pressure, high cholesterol and strokes. Obesity can also affect quality of life and lead to psychological problems, such as depression and low self-esteem. This all leads to increased pressure on health and care services.

The fact that the trend is towards increased obesity despite years of active and prominent healthy lifestyle promotion is very worrying.

There was little comment from the public specifically related to obesity in adults apart from one comment on the lack of support for people who fight obesity and who need to travel to Wrexham and Cardiff in order to receive the appropriate specialist support.

In terms of children, people felt that we did not make enough use of our natural environment and play opportunities to tackle obesity in children. They felt that physical education should be as important as academic attainment and examination results and that the time allocated for physical activity needs to be increased both within and outside the curriculum. At the same time there is a need to ensure that there are opportunities for physical activity and play available at a low or free price, especially during school holidays.