This topic, detailing the increasing demand on frontline NHS and social services has been included in the well-being assessment because of high levels of public interest in the issue and the potential for the public sector to work together in a different way to manage and respond to this demand. Many of the issues discussed elsewhere in this assessment, such as the ageing population structure, the rising numbers of older carers, issues of social isolation, and the number of people living in deprivation, are increasing the pressure on the provision of health and social care by public services.

Emergency care – whilst there are obvious season trends in the number of people attending at Glan Clwyd Hospital emergency department (ED, formerly called accident and emergency or A & E), there is a steady increase in the overall number of people using this service. The impact of this rising demand can be clearly seen from the decreasing number and proportion of attendees who have been seen within 4 hour

Across the three main hospital sites in North Wales, 248 people were found to have attended ED more than 10 times in a 12 month period, with some patients attending a very large number of times. It was also found that only 30% of attendances required admittance for additional treatment (April to September 2016). While it is accepted that a proportion of attendances will be discharged, some feel that this percentage is too low. This starts to raise a question around whether all of these admissions needed services from ED or whether some of these needs could have been met in a different way, reducing the pressure on our hospitals. 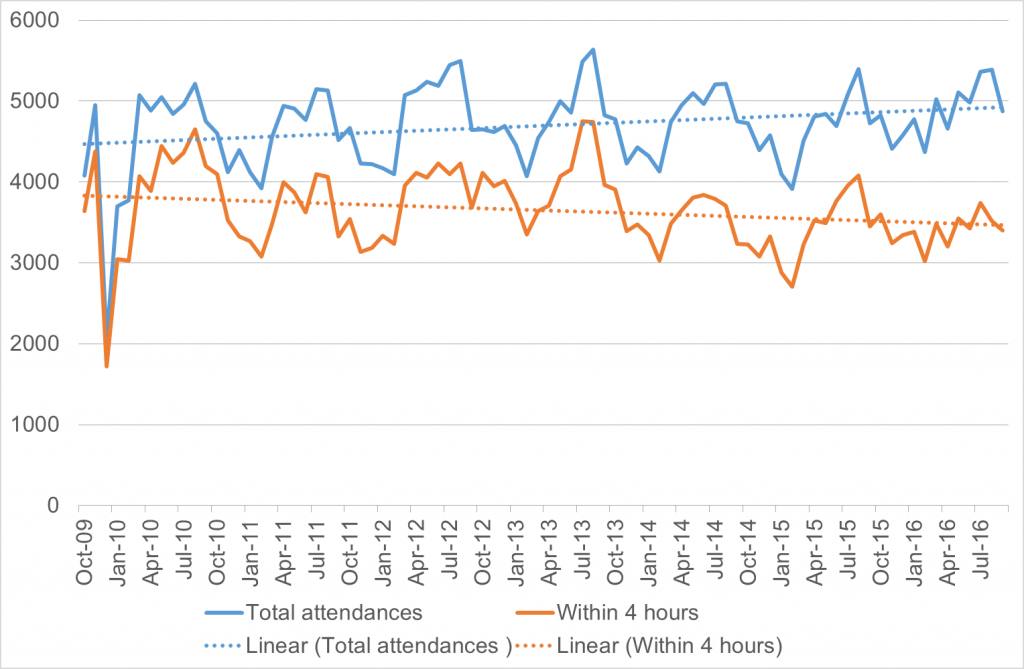 [i] The Welsh NHS Confederation response to the Health, Social Care and Sport Committee Inquiry into winter preparedness 2016/17, September 2016

Research conducted nationally by the British Medical Association in 2014[ii] showed that GP consultations had increased by 24% since 1998, with the ‘average member of the public’ seeing their GP twice as often in 2008 as in 1998. Despite this increase in demand, the number General Practitioners in North Wales has remained fairly static. This is putting pressure on local GP services, which is overflowing into hospital admissions. 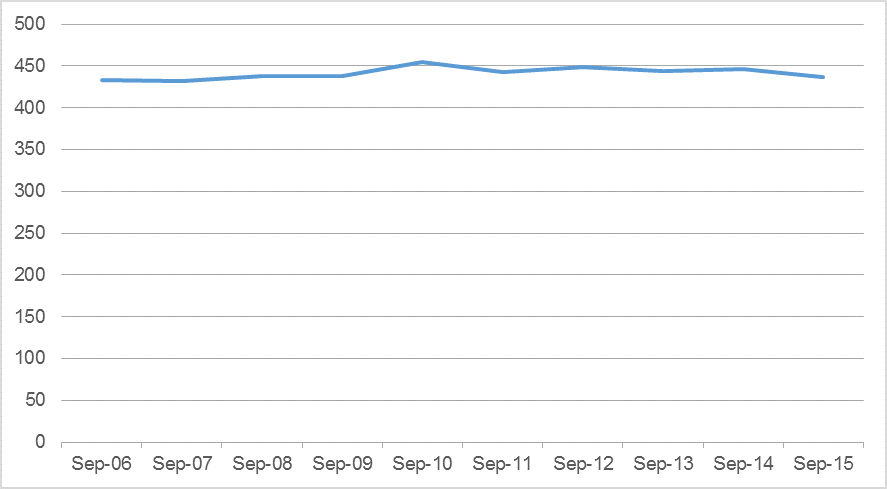 Welsh Government’s vision for the NHS in Wales ‘Together for health’ was launched in November 2011 and sets out the aspirations for a high quality, safe, effective and person-centred health system. It aims for:

To achieve this requires sustained and long term change to account for the advances in medicine, new technologies and a population that is ageing and living much longer. This means a reconfigured health system fit for today and future years that is built on:

‘Together for health’ recognises that the current system needs to radically change and rebalance, shifting services away from hospital to become more preventative and community focussed.

People attending the emergency department at Glan Clwyd Hospital between Oct 2009 and Sep 2016 and the number who were seen within 4 hours.