Retaining young people within our area is a major issue, as the population estimates for Conwy County Borough show a big gap in the age structure between the ages of around 18 to 40[i], and a smaller though still noticeable gap in Denbighshire. This is the age group which is mostly likely to be economically and socially mobile, seeking work, education and other social opportunities outside the area. Many young people have to leave the area for higher education and though this in itself is not an issue the failure to attract them back to the area after graduation leads to a generational imbalance.

There are a variety of possible reasons for this trend, but consultation conducted with Bangor University students in 2010 identified the lack of local employment opportunities as one of the key issues. Lack of suitable and affordable housing can also be a major push-factor. And when deciding where to settle, young people are usually looking for more than just a job; they want to live in a place that also matches their lifestyle. 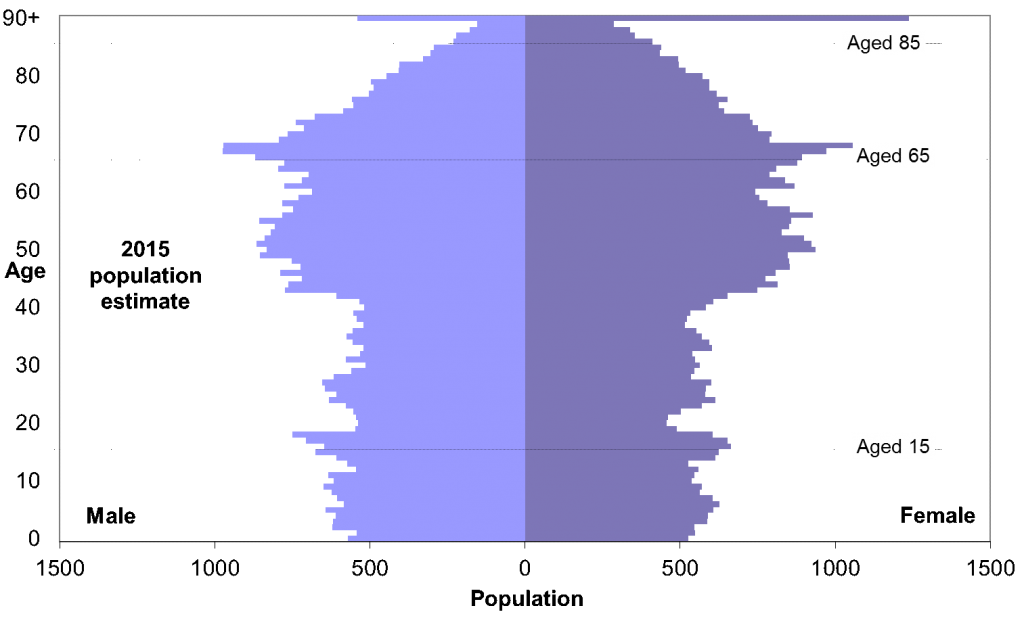 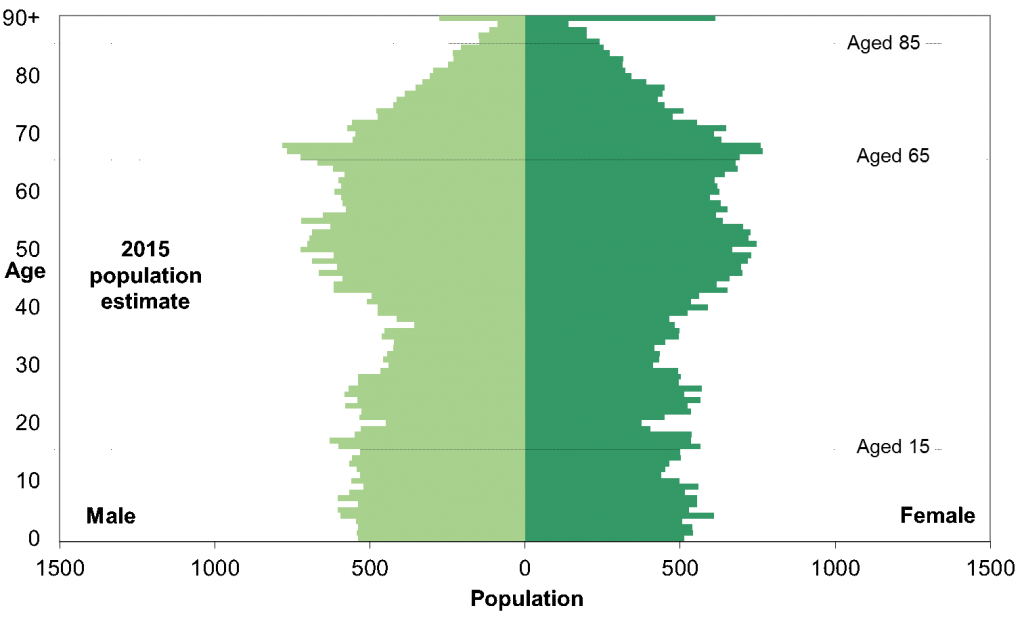 These graphs show that our population is very obviously not the traditional pyramid shape, which would show lots of children and young people at the ‘base’ supporting a narrower ‘peak’ of elderly people. Our population is very top-heavy with older age groups, particularly those aged 50+. Though other demographic drivers have all had an impact on this population imbalance (improved life expectancy, reduced fertility and the effects of the post war baby boom), out-migration of young people is also a key influence, and one which has impacts on the economic well-being of the area as well as on its social and cultural make-up.

For employers and the economy in general, recruiting, retaining and developing young people within the workforce helps tackle issues such as an ageing workforce, skills gaps and shortages, talent development, succession planning and customer insight into emerging markets and trends.

This age group has become increasingly mobile in recent years so the size and impact of their out-migration has grown. In the past 10 years, average net migration in the 15-29 age group:

Net out migration of young adults has a knock-on effect on the whole population structure. As well as being the basis of the working age population that drives our economy, they are also the people who will become parents. Fewer babies being born because of an ‘absent’ parental cohort means even fewer young adults in the next generation, which then becomes a compound effect on the age imbalance in the population.

Retaining an age balanced population has benefits for the whole of society. The interchange of shared information, knowledge, and culture between generations helps form a vibrant, innovative and integrated resilient community – both ‘moving with the times’ and ‘passing on wisdom’ are essential in building social resilience. Community support and caring roles are also fostered through intergenerational integration, not just within families but with neighbours, friends and through volunteering. This can be a two way process, with older residents helping with child care and development as well as younger people providing formal and informal care for older residents.

For employers and the economy in general, recruiting, retaining and developing young people within the workforce and the wider population helps tackle issues such as an ageing workforce, skills gaps and shortages, talent development, succession planning and customer insight into emerging markets and trends.

In Denbighshire people told us that they felt it was very important that young people stay in the area and affordable housing and employment opportunities were seen as key to achieving this.

Consultation responses in Conwy demonstrated concern over the lack of opportunities available to young people within the area, which was leading to many young people leaving the County. There was also concern that there are a number of young people who don’t have the skills needed to be ready for work.