There is a social gradient in fuel poverty: the lower your income the more likely you are to be at risk of fuel poverty, which has a significant impact on the health, social and economic well-being of people living in cold homes. Those most vulnerable to fuel poverty and cold homes include older people, lone parents with dependent children, families who are unemployed or on low incomes, children and young people, disabled people, people with existing illnesses and long-term conditions, and single unemployed people. Respiratory diseases are worse for people living in cold homes, and other chronic health conditions are aggravated, alongside a greater risk of strokes and heart attacks. Living in a cold home also has a negative impact on the emotional and mental well-being of all members of the household (including worrying about bills and health) and can have an effect on children’s performance at school.

Households are considered to be in fuel poverty if they have to spend more than 10% of their household income on fuel to keep their home in a ‘satisfactory’ condition1. The Welsh Government estimated that in 2012 there were 364,000 households in Wales living in fuel poverty, which is 29% of all households [i].

Further modelling was undertaken by Welsh Government to produce estimated fuel poverty data at local area level for 2015. This found levels of fuel poverty in Denbighshire in the 22.5% to 23.5% range, and in Conwy in the 23.5% – 24.5% range, reflecting the overall 2015 national estimate of 24%.

Levels of severe fuel poverty (defined as any household having to spend more than 20% of households income on household fuel costs), were estimated at 3% (43,000 households) across Wales in 2016.

Fuel poverty can be a particular problem in rural areas, which may not be attached to gas mains and may have to rely on solid fuel or gas/oil supplies which frequently costs more than electricity and gas and can only be bought in large quantities, resulting in sizeable upfront costs.

Older housing can also be more difficult to make energy efficient as it was constructed using building methods and materials which are not easily adaptable to 21st century standards for insulation or heating system installation. Stone built properties are a particular problem. 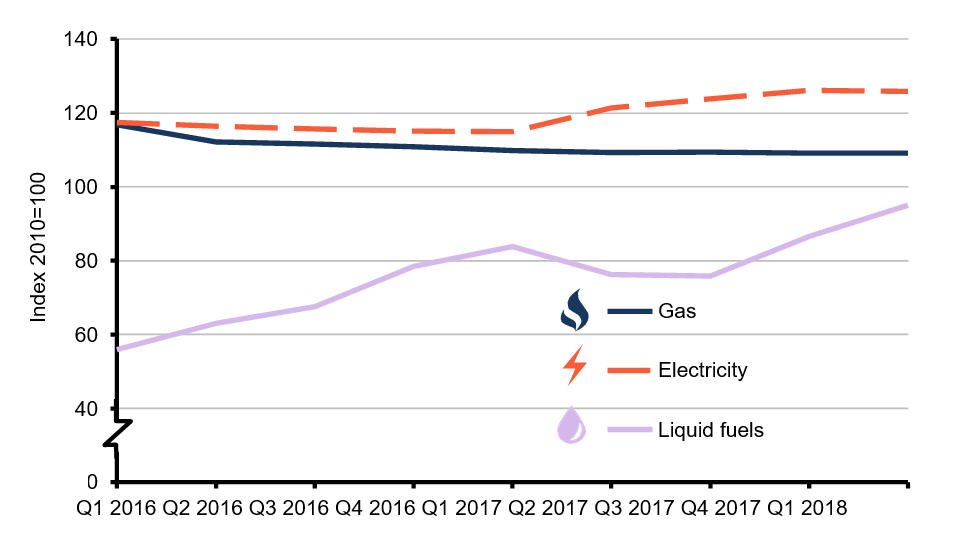 UK wholesale gas prices have been increasing since the early 2000’s, due to upward pressure on prices in Europe and the decline in the UK Continental Shelf gas production, however wholesale gas prices have fallen back since the start of 2014 but in 2017 prices rose by 31 per cent. Electricity prices have generally been on a rising trend. With gas an important part of the UK generation mix, and also as a result of higher coal prices, wholesale electricity prices have been rising from unsustainably low levels, and also due to the introduction of the EU Emissions Trading scheme in 2005.

Tackling fuel poverty is a key sustainable development priority for Welsh Government because it focuses on a key social issue by targeting those who are most in need; stimulates economic activity through generating opportunities for local businesses as well as employment and training opportunities; and makes homes more energy efficient and reduces greenhouse gas emissions and contributes to reducing Wales’ ecological footprint.